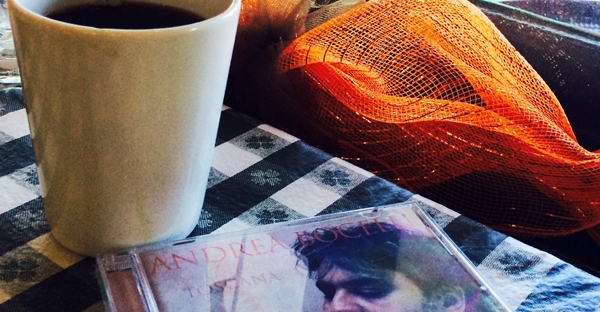 Hi! What can I get you sweetheart?! 🙂

I was pulling a chair to sit down and turned around to see a matronly woman smiling a warm, genuine, sunshine kinda smile at me! And I felt it lighting me up!

I returned a half-smile while still caught up in my own jumble of thoughts. It had been a rushed morning and I had opted for a relaxed, solo breakfast over drive-through pickup before running errands. I needed a little pick-me-up to recover from the prior evening’s low.

Once we sorted out my breakfast order, I noticed Bocelli streaming. By now, her smile had jolted me into a state of happy! I sipped my coffee and started writing about the 2 individuals I had never made an effort to say, ‘Thank You’ to, for it had seemed silly to reach out to them for something like this…

In my twenties at that time, and at my first corporate job, I wanted to be more social and meeting new people at the workplace typically starts with some amount of small talk.

But as an introvert the idea of making small talk with individuals I didn’t know well was often hard and sometimes painful, and I had largely managed to do without it thus far in life.

With an added layer of insecurity about saying the right things or looking the part, I often kept to myself and was sometimes uneasy in social settings… which is all the more why I appreciated how much a simple gesture from Deana and Tim could put me at ease!

Every single time I passed Deana or Tim in the long office hallway, they both made it a point to smile and say, “Hi!”. A kind, warm, ‘I see you’ kind of smile 🙂 And it made me smile back… which lifted me up!

And once upon a time, I decided, I wanted to be that person 🙂

It was an uncomfortable process to begin with! It wasn’t my natural, introverted state. But I was encouraged by the fact that almost every time I smiled and said, “Hi”, people returned the gesture! I also realized that when they didn’t, it rarely had anything to do with me. They had either been preoccupied and caught off guard, in some cases were wrestling with their own insecurities, or simply unable to receive the warmth I offered in that brief interaction.

And because it lifted ME up, I continued on… and soon it became a reflex, and I became Deana and Tim, smiling at anybody I crossed paths with 🙂

That was more than a decade ago and since then more people have complimented me on my smile than at any time prior in my life, and on a few rare occasions some have shared when it made a difference to them/their day.

Deana and Tim — thank you! A simple, consistent gesture from you is where it really started for me, and my life is more joyous for it 🙂

Breakfast and a few coffee cup refills later, the bill indicated her name was Gail. When she stopped by next, I asked her if she had a moment to sit down with me. We talked Bocelli, and I told her I wanted to share something with her…

“Gail, you probably do this all day, every day, without even realizing it. I just want you to know that your smile lifted me up today! And I needed it this morning. Thank you” 🙂

My words seemed to surprise her, but she received the warmth I offered, with grace, and smiled her sunshine kinda smile once again and told me that I had made her day! We chatted a little more before I wrapped up, grateful for this beautiful start to my day.

I will leave you with this thought… If someone’s smile has made a difference to any one of your days, consider telling them… it might just make theirs!